Another day, another question in my 10 days of self-evaluation and reflection, aka faux Rosh Hashanah.  The first two questions invoked some strong emotions as I answered the questions.  But, I suppose it wouldn’t lead to true reflection if the questions were soft ball questions.  Asking things like, “Where do you like to eat lunch?” doesn’t really make you think….or maybe it does if you have strong feelings about lunch, lunch foods, lunch habits, and / or lunch places.  I don’t, so the questions that the website 10Q sends are more in line with my expectations.

Question:  Think about a major milestone that happened with your family this past year. How has this affected you?

It took me awhile to think of an answer for this question because my first inclination was to try to think of milestone birthdays, anniversaries, weddings, births, etc. that took place this past year.  I couldn’t think of any that I would consider a major milestone.  But it was the 5th anniversary of my father’s death this year, and I relive that milestone each year.

My father’s death marked a major shift in the lives of my family, especially my father’s side of the family.  And while there has been healing, there will never be full recovery.

When I moved into my new house, I also moved a box of files that I brought home with me from Mexico, where my father had been living when he unexpectedly passed away.  Since the time of his death, this box has been sitting in closets, or workshops, or man caves.  Since we closed his estate last year, I had started to finally go through the box and decide what could be shredded and what needed to be saved.  After I moved, it was a project that I took on one weekend. 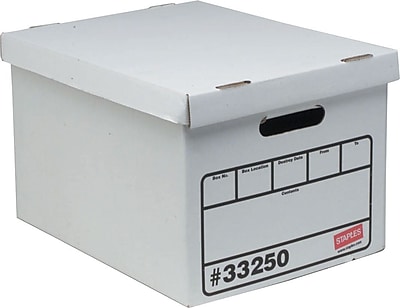 I only wish that my dad’s box looked so well. A trip from Mexico meant that it was very beat up.

I had looked through this box of files many, many times after my dad first died in an effort to find answers about his health and about his finances.  I knew that the box was a duke’s mixture of items — all the information on the house that he was in the process of buying when he died to a list of the #1 songs on the Billboard chart in 1965.  A single file folder could be a lot of nothing, or it could be full of valuable information.

I hadn’t gone through that box in a couple of years until this year.  And the simple act of cleaning out the box and sorting through his files had a deep impact on me.  I laughed out loud at some of the items that I found, like his application to his 50th high school reunion that took place a couple of months after he died.  On his application, he was asked to answer the question “What have you been doing the last 50 years?”  His response “Living life to the fullest and having a great time.”  Yep.  And he answered the question “What do you consider your greatest accomplishment?” by saying “Being the best at living life to the fullest and having a great time.”  Double yep.

I also felt incredibly sad as I found record of some of the times that he struggled, trying to make ends meet, and sometimes finding it hard to do.

Revisiting this box and its items, without the overwhelming grief that accompanied my first forays into its confines immediately after his death, allowed me to feel like I had spent the weekend communing in some small way with my dad.  That is a major happening, whichever way you look at it.