I had a super, terrible, bad week.  It was just one of those weeks that kicked me six ways to Sunday.  (I just looked up what that phrase meant, by the way, and it still doesn’t make sense, but it rolls off the tongue well.)  Regardless, there was much crying and gnashing of teeth.

I wanted to do this:

This is what I felt I actually accomplished: 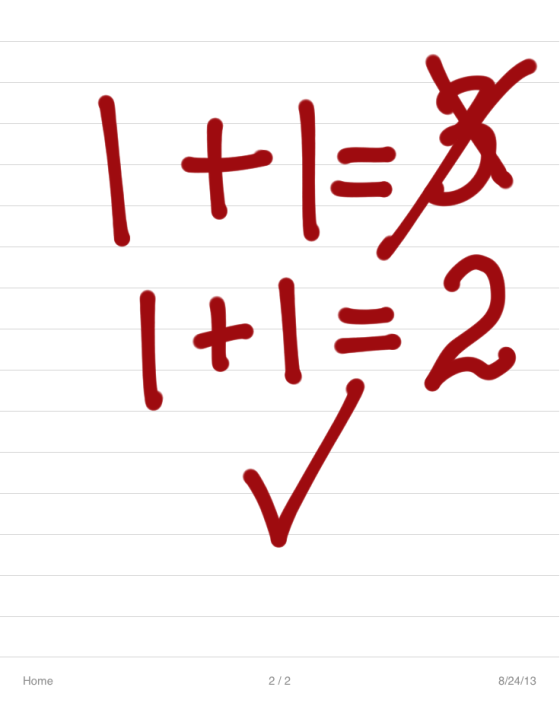 I feel lucky that I realized my error.

In truth, I am sure that I was more and accomplished more than I actually feel like I did.  My problem is that I get caught up in my own head.   If it is possible to think too much, I do it.  Some thoughts are on a perpetual loop, playing over and over in my head; some thoughts are like boomerangs, they come in, fly around, then leave, and their trajectory is a little wild.  Some thoughts are like flocks of geese — they have their own seasonal pattern and can be counted on to show up on a recurring basis.  And some are like fire crackers — they are just popping off randomly — boom!  Boom, boom!  BOOM!  Boom, boom, boom!  BOOOOOOM!  It’s madness up there.

I have mentioned before that I have fought (and won) battles with depression in the past, involving some therapy.  During therapy I learned that some of my depression is caused by this conflagration of thoughts in my head.  I’ve tried lots of exercises to calm my mind, to strive for mindfulness, to concentrate on one thing.  It’s difficult, but it can be done.

That’s one reason why reading is so relaxing to me — I can turn my own thoughts off while I read.  It’s soothing.

Matt and I recently had a conversation that highlighted how differently we approached our surroundings:

me:  I’ve been thinking about finding another lawyer to do our wills.  I need to find someone to take Louie [my dog] if something happens to me.

me:  I talked to Mom and she said that she was sure that you would keep him if I died, but I know that you wouldn’t really want to.  And I don’t want you to be burdened and he shouldn’t be a burden to someone.  So I need to find a lawyer.

Matt:  this is what you have been thinking about?  Worrying about dying and what would happen with your dog if you did?  It must be hell being in your head.

me:  it is!  It is hell worrying about all this stuff.  Don’t you worry about stuff like this?

me:  well, what do you think about?

I love that about Matt.  He helps keep me stable.  It would be awful around here if there were two of us all caught up in our heads.

Now, next week, I’m going to do some Epic Shit.  It’s a promise to myself and all my pesky thoughts.